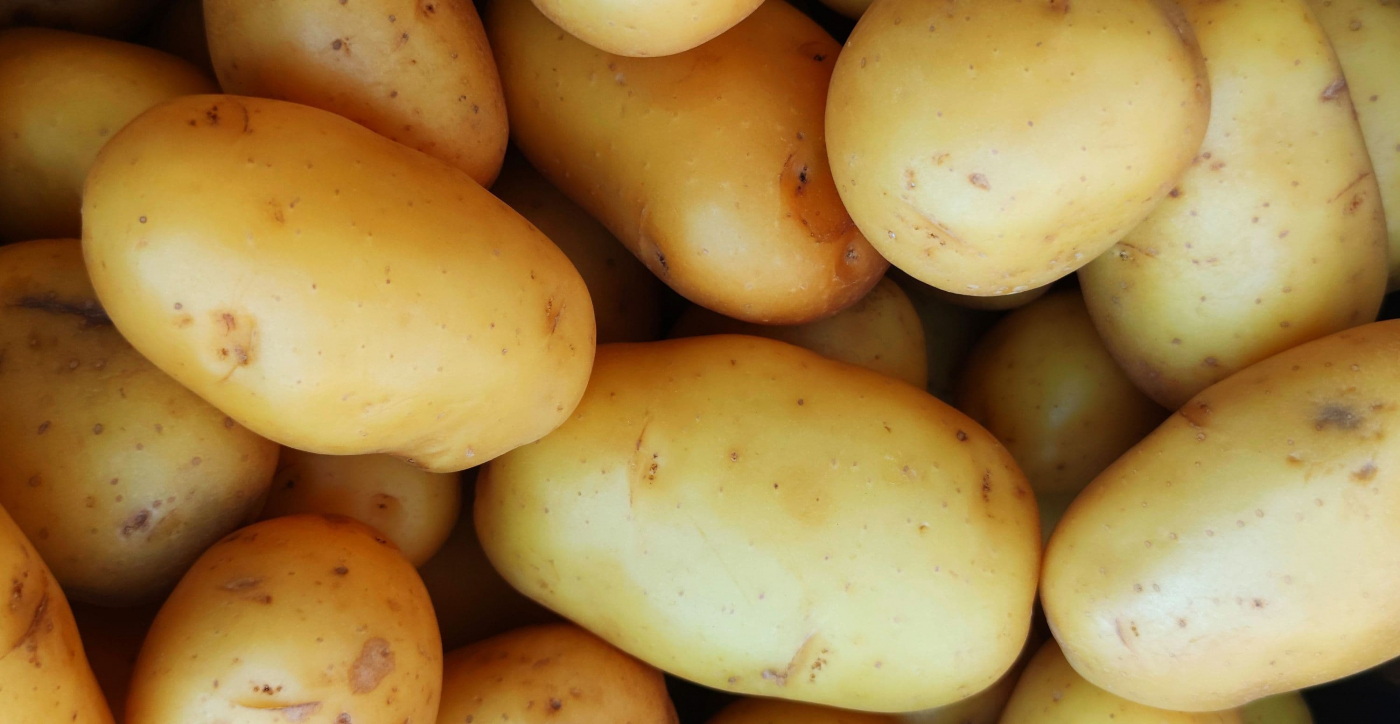 Planting or potting your own potatoes

Potatoes are very easy to grow yourself. In this article we give you some handy tips & tricks! Are you looking for an overview of the different varieties of seed potatoes? Then you can go here 👉 " Seed potatoes: which varieties to choose?".

The potato (Solanum Tuberosum) is our most commonly used food. Growing your own potatoes is easy, tasty and very productive.

Some potato varieties grow berries. These should certainly not be eaten as some plants are poisonous! It is also advisable not to eat potatoes that look green. These have an excessive Solanine content in the skin, which can cause stomach aches and diarrhoea. These potatoes' green colour is due to too much light.

Potatoes can be divided into early, semi-early and late varieties. This indication only refers to how much time they need before you can harvest them. The yield strongly depends on the variety. ""Early"" varieties are harvested faster. Consequently, the yield is also lower.

In addition, potatoes are sometimes subdivided according to cooking type.

The seed potatoes can be purchased from the beginning of February to the end of March. A short period. Each year various varieties are only available in limited quantities due to scarcity on the agricultural market. Have you set your sights on a certain potato variety? Then be sure to buy it in time. Keep in mind that it is best to let your seed potatoes pre-germinate for three to four weeks.

Normally speaking, seed potatoes always come with a size indicated. This size strongly determines the price and the yield. We advise to always buy as close as possible to size 28-35.

How many seed potatoes you need depends on how much space you have available in the vegetable garden and how many kilograms you wish to harvest. On average you can reckon on about 4 kg of harvest per square metre of planted seed potatoes.

The closer you plant the seed potatoes, the greater the chance of fungal growth and, consequently, of a potato blight. You can also consciously opt for a smaller yield by increasing the planting distance.

Nowadays there are no germination inhibitors on the market. So it becomes even more important to choose seed potatoes with a good shelf life. We have already selected a few toppers for you 👇

Seed potatoes are best germinated three to four weeks in advance. You do this by placing them in a cool (±10°C) but light environment (no direct sunlight) so that they can all sprout at the same time and no mould can develop. Are the sprouts about two to four cm tall? Then it is time to put them in the ground.

Then you can start as early as the beginning of February. You can then harvest the early potatoes in early May. After pre-germination, you can plant the seed potatoes in the greenhouse or in a box at home. When the plants are about five cm tall and the weather conditions allow it, you can put them in their final place.


🥔 When to plant potatoes?

! Be careful with the early varieties: If there is ground frost, the foliage can freeze and the plants will not grow as well. To avoid this (it can still freeze in March or April) you can either cover the foliage with a fleece/cover cloth, or you can plant the potatoes so that the fresh foliage is covered by a layer of soil.

Most planting potatoes are placed in the ground from March to mid-April. This process is called planting. The lighter the soil, the deeper you should plant the potatoes. This can be a depth of five to ten cm. In preparation, it is best to make the soil as airy as possible. Potatoes need a slightly acid soil, so do not sprinkle any lime.

The freezing cold is the seed potato's greatest enemy, so beware! It can seriously retard growth, and is therefore very damaging. Are they talking about a cold night? Then you had better protect your plants with straw, a plastic cover or you can earth up some extra. You do this by raising the area where the potato is growing so that a larger root system is created.

How do you do this?

As soon as the potato plant has grown some 10 to 15 cm above the ground, you can start earthing it. Do this by removing the soil between the rows, against the potato plant, with a hoe. You can repeat this a number of times until you get a nice verge.

Be careful if you only fertilise with cow manure or stable manure! This contains a lot of nitrogen, which ensures that you get a lot of foliage. And the more foliage, the greater the chance of fungi and thus potato blight. In addition, too much nitrogen is detrimental to the quality of the potato. It will be less tasty and floury.

Potatoes mainly require potassium-rich fertilisers such as Vinasse potash or Potassium magnesium. A potassium deficiency will cause the potatoes to turn glassy and reduce their shelf life. So it's a good idea to add the right fertiliser when planting! Reminder: never lime potatoes!

Do you want to become the potato master? Then be sure to read these articles 👇